History of the FPÖ and its Program

From the Origins to the Present 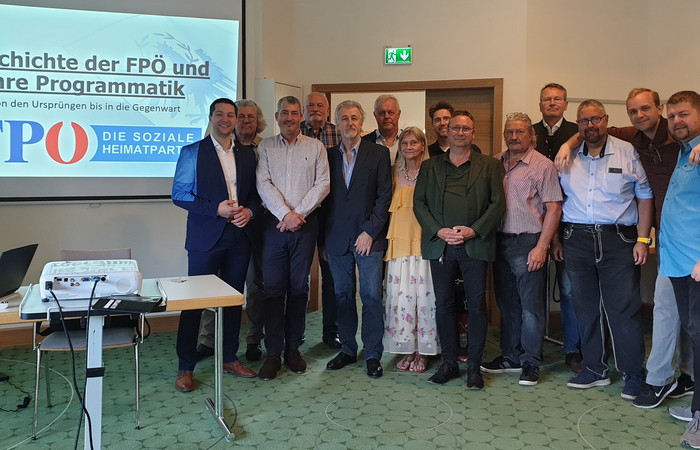 On June 11, 2022, a seminar was held in Altlengbach (Lower Austria) on the topic of "History, Ideology and Party Programmes of the FPÖ". The speaker was Fabian Walch, club spokesman in the Tyrolean FPÖ regional parliamentary club and press spokesman for the Tyrolean Freedom Party.

In his lecture, Fabian Walch outlined the history of the FPÖ. Starting with the Enlightenment, the French Revolution, the Vormärz, the Revolution of 1848, the formation of the parties and the situation in the interwar period, an overview was offered. It then became more detailed with the founding of the VDU and the FPÖ from 1956 to the present. In addition to the various government participations, the party programs were also discussed and those periods that were particularly formative were highlighted.

In addition to the historical view, various substantive points of the national liberal camp and the associated history of ideas were also part of the lecture. Finally, the definitions of terms such as the division of left and right in the political coordinate system were discussed.